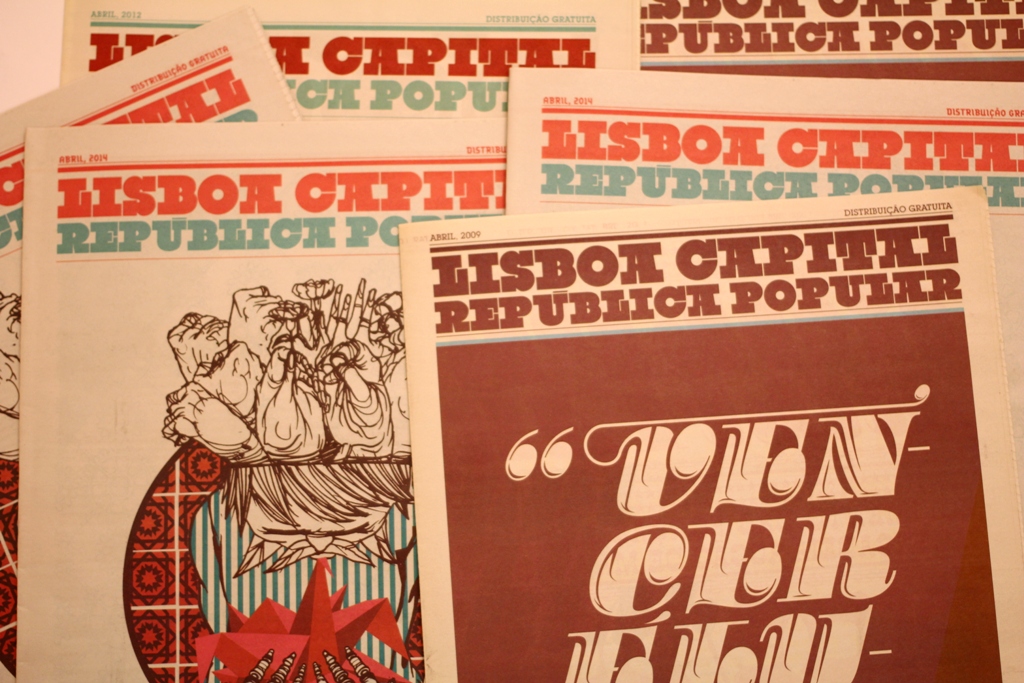 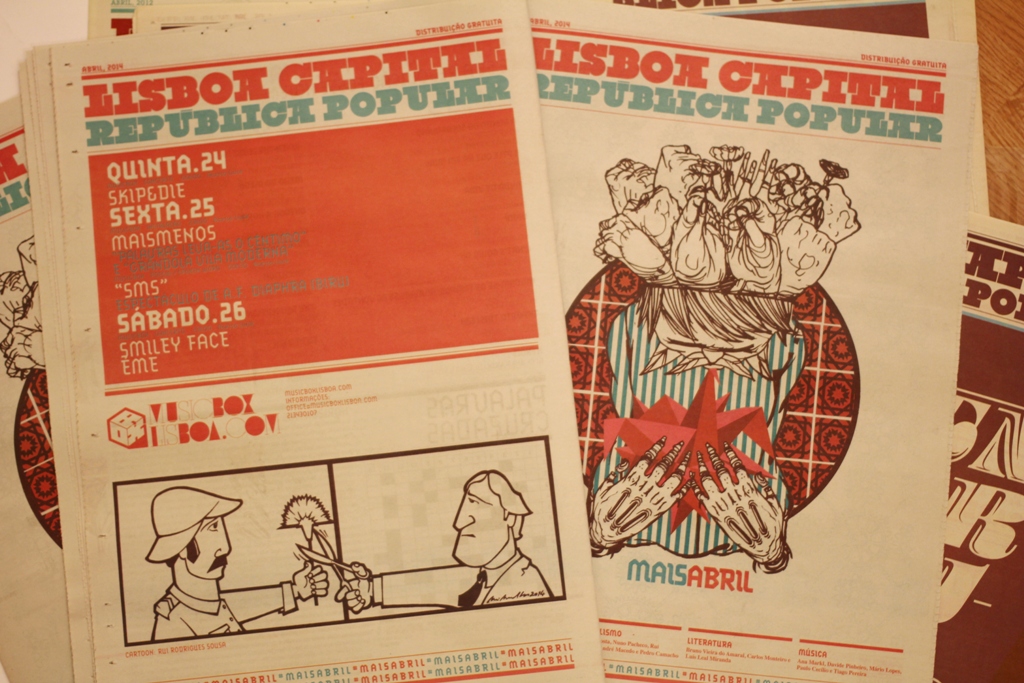 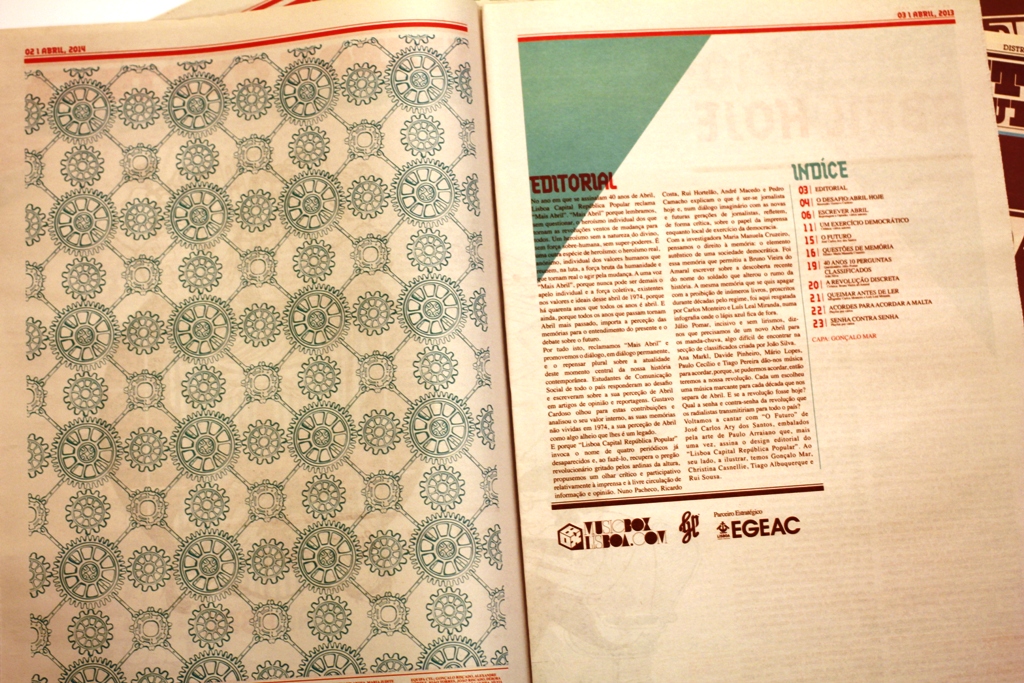 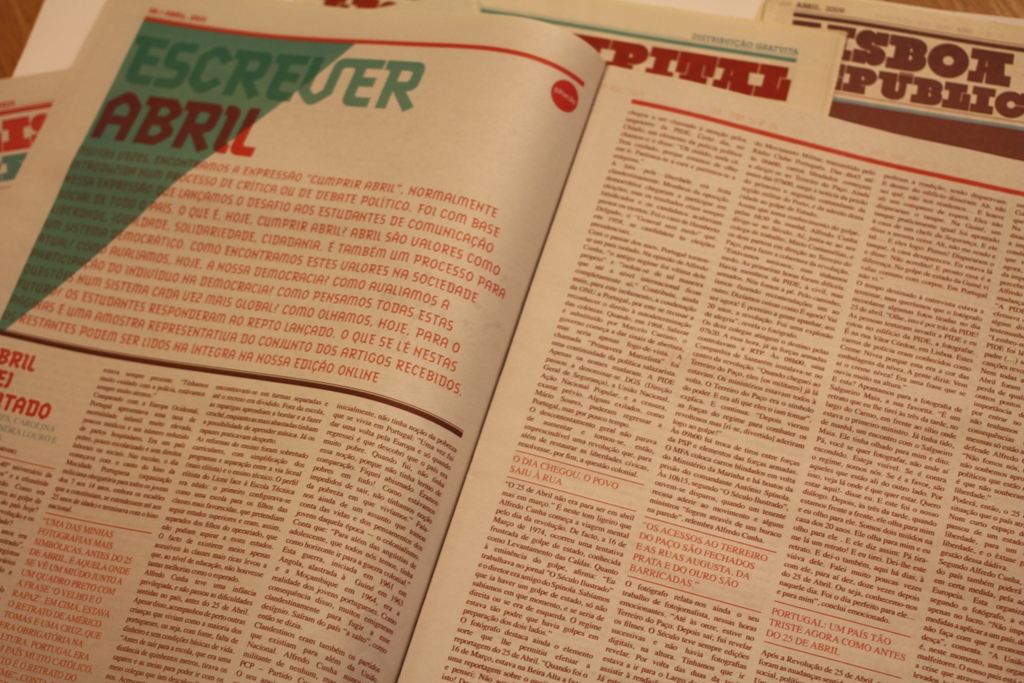 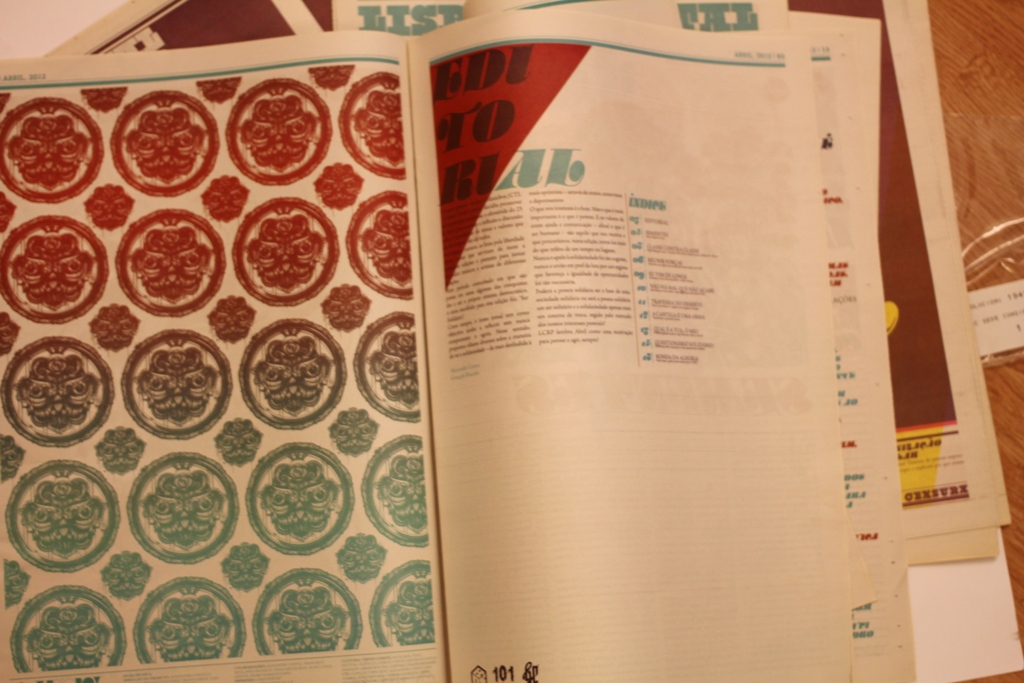 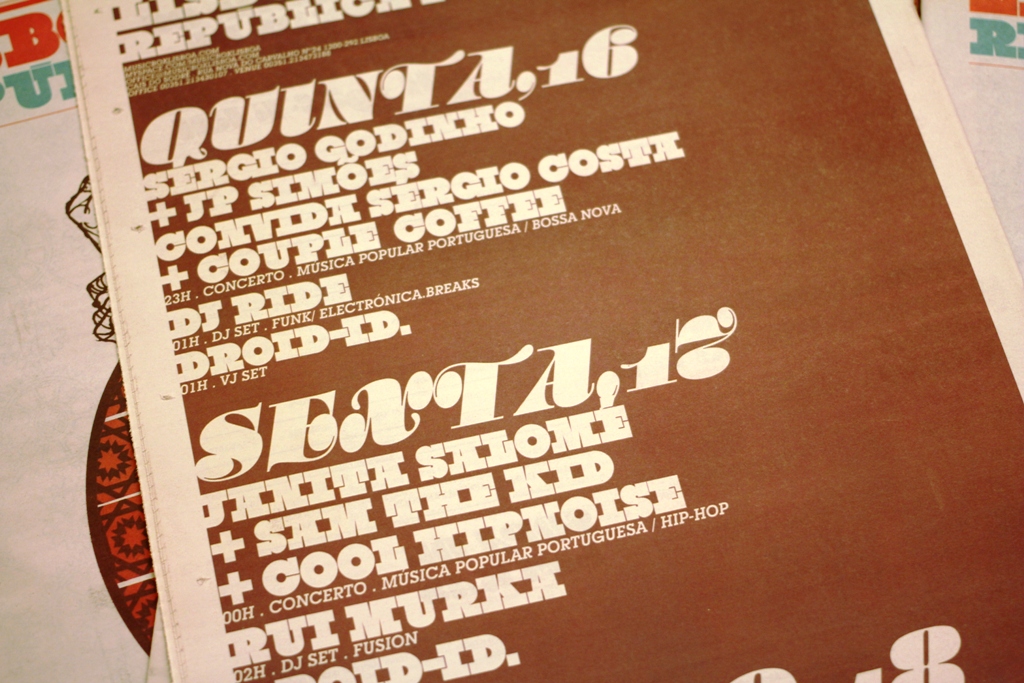 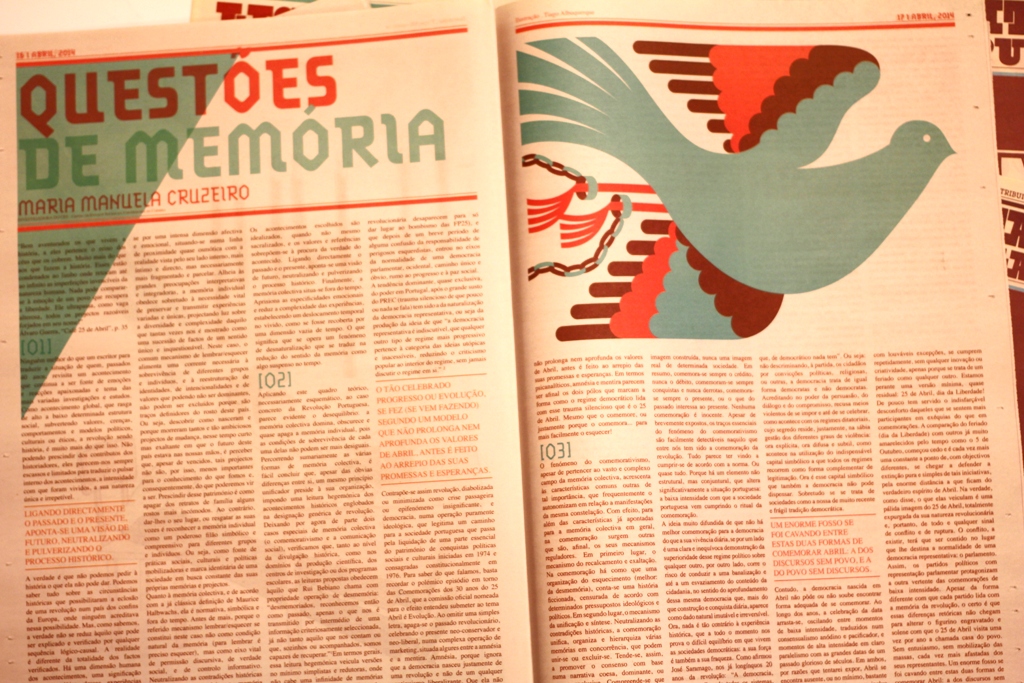 Created in 2009, Lisboa Capital República Popular (LCRP) is a multidisciplinary festival that takes place every year in April to mark the anniversary of the Carnation Revolution – the Portuguese coup that brought down nearly 50 years of dictatorship on 25 April 1974. Every year LCRP publishes a cultural newspaper to foster a deeper approach and critical thinking on the festival’s central topic of reflection: song as a weapon, solidarity, liberty, word on the street and memory are some of the guiding principles that have been in focus in past editions.

The newspaper has an annually print run of 10,000, distributed free around the city of Lisbon. To mark the 40th anniversary of democracy in Portugal, in 2014, LCRP had a print run of 20,000.